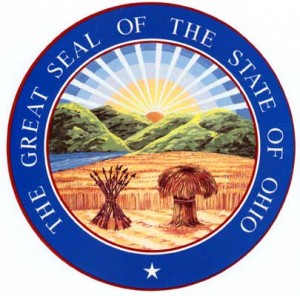 In February 2008, the Supreme Court of the United States ignored Congressional intent and disregarded 30 years of experience under the 1976 Medical Device Amendments (MDA), during which FDA regulation and state tort law worked together to protect consumers from dangerous devices. The court’s recent decision in Riegel v. Medtronic gave total immunity to device manufacturers who fail to adequately warn consumers about device risks. The court, failing to understand that FDA approval does not mean a device is entirely safe, sided with the corporate world over the rights of its citizens, preventing the public from suing when a medical device fails and causes serious harm.

When patients with devastating injuries are unable to hold the negligent manufacturer accountable, the patient and the taxpayers are left footing the bill. For a patient with private health insurance, the health insurance would most likely cover the additional surgery. However, true to the nature of the beast, the price of that patients coverage will most likely increase, leaving that patient stranded to find a way to pay for their increasingly unaffordable health insurance, with no compensation for the physical limitations caused by the device’s failure.

For Medicare or Medicaid-covered patients, the costs of the additional medical care are passed to, that’s right, you, the taxpayers. And for patients who can no longer work, they may need additional taxpayer supported programs, such as Social Security disability. All this cost shifting does nothing to help the injured patient, drains public funds, and does not encourage the manufacturer of the faulty device to fix the problem.

So what can be done? Write to your state and federal representatives and let them know you support the Medical Device Safety Act of 2008. What will it do? The bill simply does two things:

1) It restores Congressional intent by explicitly stating that actions for damages under state law are preserved.
2) It makes the amendment retroactive to the date of enactment of the Medical Devices Amendment of 1976.

The court took the decision-making process out of the hands of Congress and of the court system and put it completely in the hands of FDA bureaucrats. State legislators and attorneys general are joining the cause of rolling back the situation to before the Supreme Court’s decision and restoring the status quo in effect for decades. An American who thinks people should have some access to the courts – any access at all – should be for the act, because right now, in these situations, there is no access, and that’s not the American way.

A March 4th Supreme Court decision has allowed juries to award damages for the harmful side effects of drugs, even if the drug had the proper FDA approved warning labels. This ruling comes in the wake of recent discovery that many drugs widely used on the market over the past decade were the result of falsified medical research.Thousands of cases against the makers of drugs like Vioxx, will now have a higher probabilty of settling, after the drug has been shown to cause serious heart related problems, as well as hinder bone growth.

If you or a loved one has had their quality of life decline due to the harmful side effects of a prescription medicine, then they may be entitled to compensation. Please contact an attorney immediately.

A Supreme Court ruling last year has begun to show its true colors, as many federal cases against Medical Technology Corporations will go unheard. In February of 2008, the high court decided to restrict the legal options for patients who claim they have been injured by a defective device. If the Food and Drug Administration has approved the device after, “rigorous review,” than a suit cannot be filed under state laws.

This unjust ruling will prevent many individuals who have been subject to hard due to faulty design from collecting the compensation they need to maintain a reasonable quality of life.

Devices that are not properly engineered can have catastrophic effects when implanted in a patient. Janet Moore, of the Star Tribune, provides us with an example:

For about an hour early that November morning two years ago, Fossum’s implanted defibrillator repeatedly shocked her heart — 54 times all told. It felt like a horse was kicking her in the chest.

The 68-year-old grandmother from Golden Valley now knows that part of her heart device, an insulated wire made by Medtronic Inc., had been recalled by federal regulators because a small number had malfunctioned, occasionally causing unnecessary shocks.

Unfortunately for people like Ms. Fossum, there is little she can now do under the new law. Several Hundred cases had been filed against Sprint Fidelis, all of which were subsequently dismissed as a result of the Supreme Court decision. Obviously, all those affected by the faulty product were outraged by the Supreme Court’s decision to protect corporate interests over the interests of the public.

This new decision has left consumers without any means to remedy the harmful situation they were put in by a lack of vigilance on the part of the FDA. Henry Waxman, a Representative from California, believes that the Supreme Court puts too much faith in the FDA testing process. He stated that, “The Supreme Court assumed that FDA approval ensures medical devices are safe, but many recent stories of patients harmed by faulty devices have proven those assumptions false.”

Waxman along with New Jersey Representative Frank Pallone plan to introduce legislation that would circumvent the Supreme Court ruling and protect Americans from dangerous medical devices. Until that time however, citizens must remain vigilant. If you are in need of or considering the possible use of a medical device, please research all companies and available options fully. Until the government decides to protect consumers again, self-education is the best defense.

If you have been subject to a faulty medical device, please contact an attorney immediately. There are several possible options, which may allow you the compensation you deserve.