Military healthcare officials are collectively refusing to pay for a new treatment to rehabilitate traumatic brain injury victims, despite widespread support from doctors and lawmakers

Military health officials have recently decided to disallow coverage for CRT because it has yet to be scientifically proven. Tricare Management Agency, an insurance company covering uniformed service members, retirees, and their families, said of the TBI treatment: 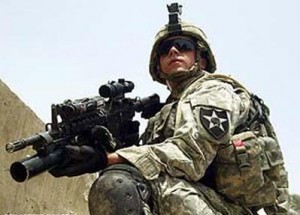 “There is insufficient, evidence-based research available to conclude that cognitive rehabilitation therapy is beneficial in treating traumatic brain injury.”

Tricare has said that CRT can be covered if it is bundled with other forms of treatment, such as speech or behavioral therapy, but can not be submitted for coverage as it’s own medical service.

Many doctors and medical providers believe that the real reason for withholding coverage is cost. CRT can be very expensive, costing as much as $50,000 for only four months of treatment. Dr. James Malec, research director at the Rehabilition Hospital in Indiana, commented:

“It seems to me this is motivated by an effort to control costs, that anything quote-unquote ‘new’ is going to be denied.”

Lawmakers’ Response to Denial of Treatment 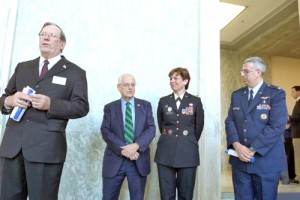 In 2008, Defense Secretary Robert Gates received a letter from lawmakers on Capitol Hill, urging that he push Tricare to provide coverage for the cognitive treatment. They even formed a Congressional Brain Injury Taskforce to continue the efforts of getting CRT covered. The task force, in a 2009 letter, wrote:

“Study after study has shown the efficacy of cognitive rehabilitative therapy in improving the health and functionality of TBI patients.”

Tricare has said that the formal policy on CRT coverage remains under review.

Men and women in the military sacrifice their bodies, their minds, and their lives to fight for our freedoms, and for the freedoms of the disenfranchised. Today, violence in Iraq and Afghanistan is claiming the cognitive abilities of many soldiers, and they are returning home to find that the treatment they need is being denied them. The effects of traumatic brain injury, be they mild or severe, can change one’s life forever if the correct therapy and treatment is not promptly provided. Hopefully, Tricare will reconsider and change their position on coverage of Cognitive Rehabilitation Therapy.

If you or a loved one have suffered a traumatic brain injury due to the negligence of another, and you are now facing cognitive and/or physical limitations, as well as medical bills, that you aren’t prepared to handle, contact the Mininno Law Office for a free case evaluation. The traumatic brain injury lawyers at the Mininno Law Office are experienced and skilled in earning victims the full and fair compensation that they need and deserve. You may also call for a free consultation at (856) 833-0600 in New Jersey, or (215) 567-2380 in Philadelphia.

Let the team at the Mininno Law Office work for you.