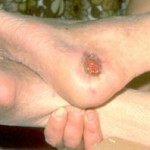 The family of Esperanza Garcia has recently filed a complaint in Los Angeles County Superior Court following her death in October, 2010. Garcia’s daughter, Irene, is seeking general and special money damages as compensation for her mother’s pain and suffering, as well as costs and fees associated with the litigation. The complaint alleges that the Los Angeles Medical Center was reckless in their treatment and care of the ill woman. Esperanza was extremely ill when she entered the medical facility but she did not suffer from any bed sores or pressure ulcers at the time she entered the center. The bed sore attorneys said that once the bed sores began developing on the 64 year old woman, the personnel at the center did not report the severity of the ulcers or properly treat them.

Death Resulted Only One Day Following Removal From the Facility

The medical center should have been on notice that the elderly woman was at significant risk to develop bed sores because of the likelihood of skin breakdown. The center failed to follow any means of prevention in order to limit the possibility of bed sores. Not only did Garcia’s open wounds go untreated, she was also forced to continue to lie on them. Even worse, the woman was left uncared for in her own excrement for extended periods of time as the sores intensified. The bed sore attorneys found that rather than show the proper medical records, center officials deliberately covered up the documented pressure sores and attempted to re characterize them as merely a skin rash. Following this neglect, the family removed Garcia from the medical center but her condition had worsened beyond treatment and she passed away only a day later. Bed sore attorneys believe that this type of neglect and failure to understand the seriousness of bed sores is more prevalent than most would believe.

If you or a family member has recently suffered from pressure ulcers due to neglect or failed treatment, it is possible that you have some questions for bed sore attorneys. Please contact the Mininno Law Office for a free case evaluation, or call for a free consultation at 856-833-0600 in New Jersey, or 215-567-2380 in Philadelphia.