Medical malpractice attorneys have filed a lawsuit in Nebraska, in the Douglas County District Court, following a case of medical malpractice which led to the death of a two year old. Almariah Izabel Duque was approaching two years of age when her life came to an abrupt end. The young girl was given ten times the recommended dose of heparin as she was undergoing kidney dialysis. We have unfortunately found that this type of tragic occurrence is not uncommon in the medical world today. 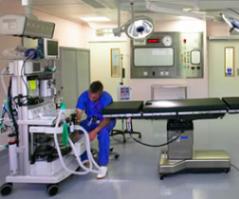 The Duques brought their baby girl to Nebraska for a transplant after she was born with congenital defects. Almariah received a pancreas, liver, and small bowel transplant in late December of 2009. She was discharged from the hospital a few months later but quickly returned as she developed an infection.

The infection caused her kidneys to shut down, requiring her to undergo dialysis. The problem arose when the pump, used to disperse heparin, malfunctioned. The young child was given nearly ten times the proper dose. The mistake was not discovered for five hours and it caused severe bleeding in Almariah’s brain. The young girl passed away two short days later. The parents of the girl have filed a lawsuit seeking money damages for Almariah’s wrongful death, her suffering while she was living, and their emotional distress over losing their young child.

We also believe that the family will challenge the constitutionality of a state law which caps the maximum medical malpractice verdict award at $1.75 million. This issue has been litigated before, and in 2003, four judges left the door open for a challenge of this law because it may infringe on the right to due process.