Insurers in the state of Tennessee who cover healthcare providers will not be paying out less money in medical malpractice suits. Tennessee passed new laws earlier this month which put into place caps and limitations on malpractice awards and also stated that insurers will not longer be liable under the consumer protection laws. Medical malpractice attorneys will now be faced with the uphill battle of fighting for the proper compensation for clients within the limited amounts allowed by law. 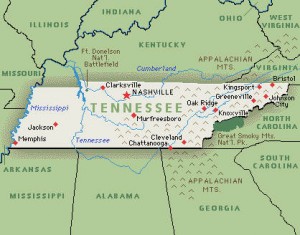 Governor Bill Haslam made no secrets about his agenda to considerably limit the civil lawsuits within Tennessee. Now with the passing of the “Tennessee Civil Justice Act of 2011”, medical malpractice attorneys believe that he may have done just that. Pain and suffering, along with other non-economic damages, will now be capped at a maximum of $750,000. Furthermore, the new Act will also limit punitive damages, in both medical malpractice and personal injury cases, to only $500,000. The most shocking, and potentially limiting to plaintiffs and their medical malpractice attorneys, may be the limits placed on catastrophic cases, which will be $1 million but could effect people forever. These cases qualify as the most serious and life altering scenarios of medical malpractice. Some examples of catastrophic cases caused by medical negligence include when patients become paralyzed, blinded, burned, need an amputation, or pass away when children still qualify as minors. This new law seriously inhibits the rights of patients in seeking compensation that will once again make them whole. Although these cases hopefully will not occur too often, in these rare instances it is highly unjust to limit the amount that plaintiffs can seek at trial but such a large amount.