Stillbirths are perhaps the worst tragedy to befall expectant parents. Not only do they have to endure the pain associated with the death of a child, but a mother will have to endure the entire delivery process, only to hold the body of her lifeless baby in the end. Often, stillbirths occur naturally, through no fault of doctor or patient. However, other on other occasions, medical negligence is to blame. It is for these cases that medical malpractice lawyers believe parents are due compensation.

$1 Million Awarded for Pain and Suffering 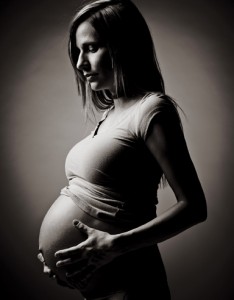 In 2004, New York’s highest court ruled that women can sue for emotional suffering if their stillbirth is a result of medical malpractice. There have now been a couple cases moving through the legal system that are determining what is justified compensation.

Lucia Ferreira was awarded $1 million in a New York court in February for pain and suffering after she lost her baby during a home labor. During her last three visits to the Wyckoff Heights Medical Center, she complained of abdominal pain but was only given painkillers and sent home.

After the Ferreira case, lawyer Jeff Korek is fighting for more money for his client Vivian Acevedo. He is trying to reason that $1 million should be the standard for medical malpractice stillborn cases. The Acevedo case is against Lincoln Medical and Mental Health Center for a delayed emergency Caesarean that caused the child to be stillborn. Lincoln Medical offered $500,000 but she turned it down.

If you or a family member has recently suffered a stillbirth or has been the victim of medical negligence, and you would like to speak to someone about your legal options please contact the Mininno Law Office for a free case evaluation. You may also call for a free consultation at (856) 833-0600 in New Jersey, or (215) 567-2380 in Philadelphia.