Governor Bev Perdue of North Carolina took a major step in sticking up for seriously injured victims of medical negligence within the state. Governor Perdue vetoed North Carolina Senate Bill 33 which would have capped non-economic damages at $500,000 regardless of the severity of the patient’s injuries. Medical malpractice attorneys believe that this is a great win for patients of medical negligence because they will be awarded a damages amount that they truly deserve, not a figure that was arbitrarily decided by a group of politicians. 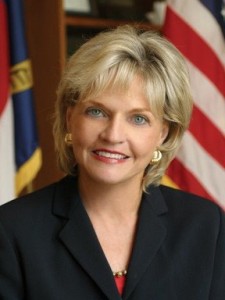 The damages for pain and suffering, and other non-economic measures, would have had a ceiling of half a million dollars. Some people may argue that this is quite a significant figure, and ask who wouldn’t be happy with $500,000? Medical malpractice attorneys argue that the problem with these sorts of limitations is that they include the pain and suffering that accompanies death, paralysis, brain damage and severe disfigurement. Individuals who suffer from some of these ailments for their entire lives would strenuously argue that a jury who hears a case should decide the correct amount to be awarded, not a group of politicians in the state capital. Perdue agrees, the governor recently stated “I commend the legislature for addressing this important issue, but, in its current form, the bill is unbalanced. I urge legislators to modify the bill to protect those who are catastrophically injured when the general assembly returns.” Medical malpractice attorneys believe this is a strong stance for the governor to take to ensure that those who are truly injured by medical malpractice will not be short changed.

If you or a family member has recently been the victim of medical negligence, it is possible that you would like to speak with medical malpractice attorneys. Please contact the Mininno Law Office for a free case evaluation, or call for a free consultation at 856-833-0600 in New Jersey, or 215-567-2380 in Philadelphia.

The North Carolina Senate has recently passed a bill that is expected to reform medical malpractice laws. Specifically, the bill will limit the amount of money plaintiffs can be awarded following a civil trial within the state. The legislature’s hope is that with the liability of medical malpractice limited, higher quality doctors and medical personnel will stay within the state. The goals of the Senate also include a hope to lower health care costs because as liability decreases, the cost of medical malpractice insurance will also become lower. Although it is a great advantage for the state to have lower health care costs and more respected medical personnel, this action may also limit the availability of just remedies to those who are hurt by medical malpractice and negligence. 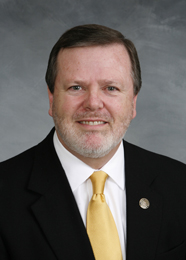 Patients in North Carolina will still be able to recover medical costs and lost income that result from medical malpractice or negligence. However, there will now be a $500,000 cap on the amount juries are able to award for non-economic damages, such as pain and suffering. A safeguard is included for plaintiffs which says that this cap is not relevant when a doctor or health care providers conduct is seen as grossly negligent, fraudulent, intentional, malicious, or reckless disregard for others that results in death, permanent injury, disfigurement, or loss of a part of the body. This exception does not cover incidents when patients are seriously injured by medical malpractice that does not fall into one of these narrow exception categories. North Carolina Senate President Phil Berger stated:

“Our citizens suffer in a lottery-like system that lets trial lawyers win big while doctors flee to states where they can practice without fear of unfair lawsuits. I commend our members for reaching a reasonable compromise.”

What Berger fails to recognize is that the legal system and judges are in place to decide when a lawsuit is unfair. If a judge allows a case to go to trial, why shouldn’t injured patients be allowed to collect damages that a jury of their peers found fitting? Medical malpractice and negligence is the problem, plaintiffs who collect money following extreme pain and suffering is justice. Limiting the amount of money that severely injured people can collect is extremely unfair, especially when much of that suffering comes at the hands of doctors that are paid to be attentive, not negligent.

If you or a loved one has recently undergone a medical procedure but are still in pain which you believe can be attributed to medical malpractice, it is possible that you have some questions. Please contact the Mininno Law Office at 856-833-0600 in New Jersey, or 215-567-2380 in Philadelphia.

On February 18th of this year, Dr. Melvin Levine, a pediatrician who worked at Children’s Hospital Boston, was found dead, by a gunshot wound to the head, in the woods surrounding his North Carolina home. The death came a day after a class action lawsuit was filed against him for medical malpractice and sexual abuse of at least 40 male patients in the years between 1966 and 1985. Last week, Dr. Levine’s death was ruled a suicide. 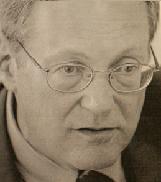 Dr. Levine had long been accused of sexually abusing of his male patients, but always maintained his innocence. But not long ago, men began to come forward, describing incidents where they had seen Dr. Levine as children and been molested in his office. Some spoke of fondling during routine check-ups, and others even claim that Dr. Levine performed oral sex on them.

Christopher Dean is a 50 year old architect in Rossindale, Mass and was, at one time, a patient of Dr. Levine. Dean says the molestation occurred when Dr. Levine saw him in his elementary school nurse’s office. Levine fondled him and said he’d like to see him as a regular patient. A young Christopher left the office in tears, but never told anyone. When he was 25, Christopher’s mother told him that Levine had molested 2 young sons of a friend of hers and had relocated to North Carolina, probably fleeing from allegations. When his mother asked him, Christopher was so humiliated about what happened years before, that he lied to her and held that Levine never touched him. He finally told his mother the truth last week, and has yet to tell his father.

If you or a loved one have suffered medical malpractice of any kind at the hands of an abusive or negligent medical provider, contact the Mininno Law Office for a free case evaluation. You may also call for a free consultation at (856) 833-0600 in New Jersey, or (215) 567-2380 in Philadelphia. Let the medical malpractice attorneys at the Mininno Law Office earn you the full and fair compensation you need and deserve.