It is widely accepted that across the United States of America, many patients at one point or another are injured due to the carelessness of doctors. One study that has illustrated this point is the highly debated “Harvard Study”. That study concluded that in 1984, 99,000 patients in New York State suffered serious injuries while in hospitals.  Thirteen thousand of  those patients lost their lives. Other studies have had similar results regarding the injury of patients while in hospitals. The main issue that medical malpractice attorneys are confronted with each day is whether the law is doing a good enough job to protect these patients. The law, and medical malpractice litigation, is designed to hold negligent doctors accountable while vindicating doctors who could not have done anything to avoid a bad patient outcome.

The Goals of Malpractice Law 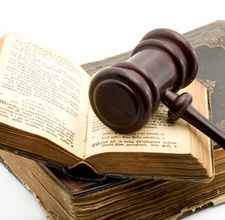 The main goal is to determine whether the law is truly holding only negligent doctors liable while finding that on occasion, bad results do occur in the medical profession even when good doctors are providing treatment. Lawyers believe that the possibility of legal resolutions and potential lawsuits should result in doctors using safer procedures, better diagnostic tests, and more extensive fact finding before providing treatment. The law should also urge doctors to follow the “customary practice” standard which would discourage doctors from using untried and dangerous treatments as opposed to what is generally acceptable in the field. Finally, it is the hope of patients and medical malpractice attorneys alike that the possibility of a lengthy litigation process will push doctors to adapt and change with the profession rather than sticking with their old ways when new approaches are readily available.

A New york Jury has recently awarded a $3 million verdict to 18 year old Marlayna Kineke, a young woman who suffered a serious brain injury due to medical malpractice during her childbirth 18 years ago.

Dr. Stephen Serlin was summoned at 5am on February 24th, 1993 to perform an emergency C-section for Marlayna’s mother, Dawn Kineke. He did not arrive at the hospital until 7am, and the procedure didn’t begin until 8:14am. In that time, Marlayna suffered fetal asphyxia from umbilical cord compression within the womb, which caused cerebral palsy and a host of additional developmental issues.

Serlin ordered the C-Section the day before, February 24th, after labor was ineffectively induced. However, he and his mid-wife left the hospital for more than four hours, which is against hospital policy, especially while they had a patient in a certain level of distress.

The verdict is meant to cover pain and suffering, medical bills, and rehab costs, and the remainder will be placed in trust and used for Marlayna’s care. “It sounds like a lot of money, but it has to pay for her care for the rest of her life,” her attorney said.

Serlin’s insurance company can cover $2 million, and he may have to pay the Kineke’s $1 million on his own.

Marlayna’s life was forever effected when Dr. Serlin negligently delayed her delivery. Had Dawn not waited so long for the procedure, perhaps fetal asphyxia would never have affected Marlayna’s brain. She will need to receive special care for the rest of her life, care that is not cheap.

If you or a loved one are victims of medical malpractice or negligence, contact the Mininno Law Office for a free case evaluation, or call for a free consultation at (856) 833-0600 in New Jersey, or (215) 567-2380 in Philadelphia.

Let the medical malpractice lawyers at the Mininno Law Office earn you the full and fair compensation you need and deserve.

As a child, Maria Theresa Sanchez was diagnosed with hydrocephalus, or “water on the brain.” The disorder involves an abnormal build-up of cerebrospinal fluid in the ventricles of the brain. A shunt was installed within her head to drain the excess fluid and relieve any intracranial pressure caused by the condition. 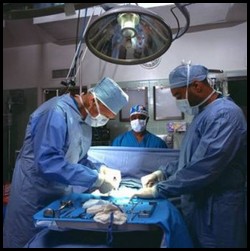 In 2003, Maria (37) walked into the emergency room at Downey Regional Medical Center in California with complaints of severe headaches and vomiting. Maria was sent home with Tylenol. A few days later, after her symptoms worsened, Maria returned the ER, where doctors determined that it would be necessary to check her for a shunt related brain infection. She was transferred to Lakewood Regional Hospital, but her treating physician did not include any of Sanchez’s within her report, and the consulting neurologist at Lakewood failed to look at any of her records. He also didn’t test for the infection she was sent to Lakewood to be tested for. Sanchez’s condition worsed and she was finally admitted to the Lakewood ER after she fell out of her wheelchair.

The care Maria Sanchez received was negligent and irresponsible. It is basic protocol to check previous medical history before treating a patient. Had the neurologist looked at Maria’s records, he would have known she had a shunt in her brain, and would have immediately tested for infection, saving Maria from the permanent brain damage she suffered.

If you or a loved on have suffered at the hands of a negligent doctor or hospital, please contact the Mininno Law Office for a free case evaluation or call for a free consultation at (856) 833-0600 in New Jersey, or (215) 567-2380 in Philadelphia.
Our medical malpractice attorneys are willing and eager to help you receive the compensation you need and deserve.